By Catherine White on June 7, 2018 8:03 PM | No Comments
I have been patiently awaiting the first sight of fireflies this June. The other night the first one appeared on my window screen. As a kid I associated summer with the ocean, fireflies and going barefoot. After school was over my mother could not wait to get out of the city so we packed up our VW van and decamped for eastern Long Island for long days of child-like time for both the kids and the adults.

My memory of those days is like an animal energy. I was ocean and firefly and I could leave behind all remembrances of tests and spelling. I had no idea what kohlrabi was or that there was more than one species of firefly. One of my best friend's family bought a house that had previously been a kohlrabi farm. Every time I plant, cook, or take a photo of it I can't help but think of their house. I visualize how they slowly, with a lovely sensibility transformed the farm into a cottage and an artist's studio. I have magical, childlike associations of what a summer night should be. 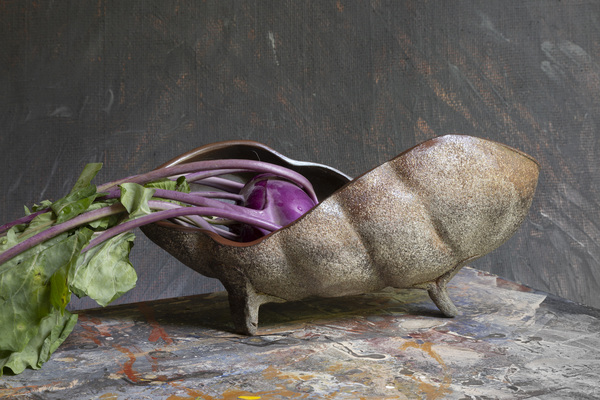 Do you sometimes want to wake up to the singularity
we once were?

so compact nobody
needed a bed, or food or money --

nobody hiding in the school bathroom
or home alone

pulling open the drawer
where the pills are kept.

For every atom belonging to me as good
Belongs to you.   Remember?

to determine if the elephant
grieves her calf    or if

to when sky was earth, and animal was energy, and
rock was
liquid and stars were space and space was not

before we came to believe humans were so important
before this awful loneliness.

Can molecules recall it?
what once was?    before anything happened?

This page contains a single entry by Catherine White published on June 7, 2018 8:03 PM.

#6 summer summit 2018 was the previous entry in this blog.