As a potter blue is a cliché.  So, more often than one would expect, people asked me, "oh that's nice but could you make it in blue."  Generally I say no. But every once in a while, if there is a good poetic reason I'll make blue things. Once Omen-Azen the restaurant in NYC wanted to serve a white fish that was cut so thin it was translucent. They wanted a dark rich glaze that would contrast with the sashimi, the color visible and transformed as seen through the fish. In that dark, warm colored restaurant the blue I came up with was transcendent. A painter friend saw those plates and wanted a set because he had a whole series of blue paintings of nudes. He was working off a poem that a friend had written and the only line I remember is "this blue is not a suitcase."

Later I made my friend tiles for his kitchen in Sag Harbor. He asked me to work from his paintings. I suggested that he make the drawings on the tiles. But he said, no, I want you to work from my paintings like a jazz musician might play a jazz standard bringing their own twist to the lyrics, melody and rhythm.  So I came up with a technique of making cobalt carbon paper which I used to draw over Xeroxes of his paintings as if I were listening to a narrative of densely quilted blue paintings. When we installed the project I loved that his favorite tiles were the ones that were the most abstract and transformed by the process. 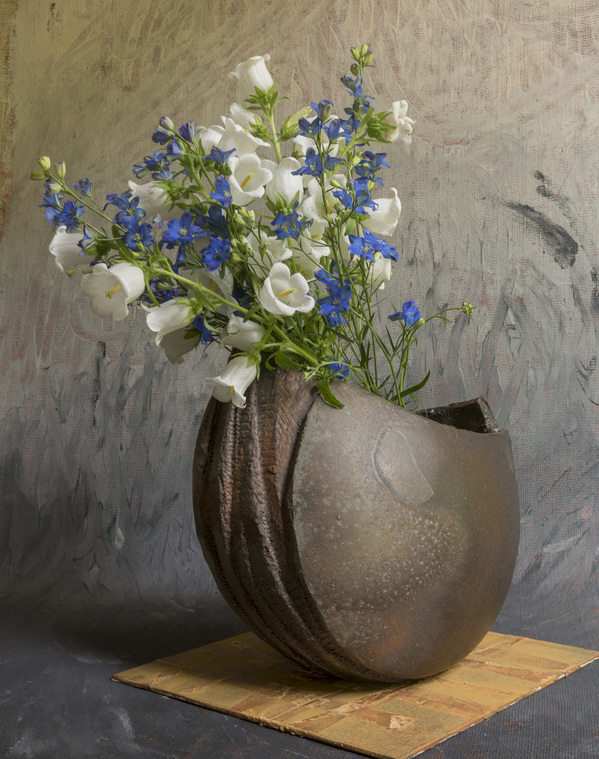 "The way Rilke describes colours--their intercourse within a painting, a single colour's evolution through history--that's how one might also describe words: their interaction and interplay within a poem, a single word's history from one age to another, punctuated by contributions of individual authors. His eyes trained by Cézanne, Rilke reaches out to language for words that would express the nuances of colour, and the biography of blue spills out into the realm of language: a barely-blue, a blue dove-gray, a densely quilted blue, an ancient Egyptian shadow-blue, a waxy blue, a self-contained blue, a wet dark blue, a listening blue, a thunderstorm blue, a bourgeois cotton blue, a light cloudy bluishness, a juicy blue, and, in van Gogh's landscapes, full of revolt, Blue, Blue, Blue.
--
Elena Maslova-Levin, "Rainer Maria Rilke on Colour and Self-Awareness"

This page contains a single entry by Catherine White published on June 4, 2018 8:44 PM.

#3 summer summit 2018 was the previous entry in this blog.