By Catherine White on December 20, 2011 8:23 PM | 2 Comments
I remember walking the shore on Heron Island, Maine in silence early in the morning. It was the day after we spread my mother's ashes in the mouth of the Damariscotta River. I was in search of a daylily, hoping that one of the flowers we spread in the water might have washed ashore in the high tide. I wanted physical evidence of her, however the blossoms were missing,  just like my mother was no longer with the living.

After the Heron Island house burnt down two years ago most of my pots that were used in the kitchen broke in the fire. The shelves in the kitchen collapsed in the intense heat and objects fell from the attic and crushed the plates, cups and bowls. Zoë and I collected the shards and carried them to the rocky shore and tossed them in the ocean, hoping again that one day we would find them reincarnated as round-edged sea glass tossed by the tides. This summer I spent many fruitless, silent mornings walking the rocks in search of a shard as evidence of change. 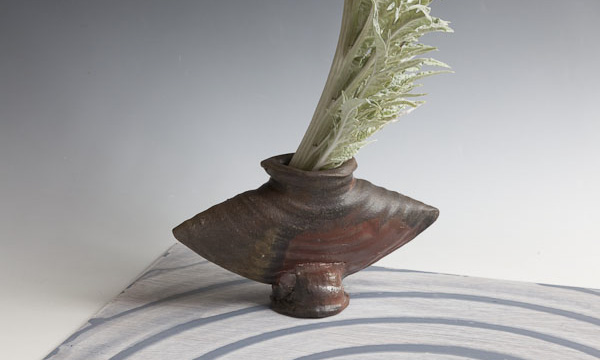 And there is the silence of this morning
which I have broken with my pen,
a silence that had piled up all night


like snow falling in the darkness of the house--
the silence before I wrote a word
and the poorer silence now.
--From Silence by Billy Collins

So true. It is easy and even righteous to value tenacity -- look a little longer, try harder, bring an object to its knees -- but sometimes fiercely letting go is the better way. The other side of the work ethic coin -- wearing life like a loose garment -- has charm and relief. Wishing you the unfolding of mysteries in your studio as the solstice rolls towards us. Eugenie (Louise's friend)

Thank you for sharing such personal thoughts in such a lovely way.

This page contains a single entry by Catherine White published on December 20, 2011 8:23 PM.

#19 winter solstice 2011 was the previous entry in this blog.